I took a few leaf pullings a bit back on my El Mirador...
And I noticed today, the places I pulled from have now sprouted new plants...
Kinda of reverse what I had in mind lol..
I wanted new plants from the pullings, not off the mother!

Staff member
Bonus! When a ping splits you get extra plants more quickly than with leaf pullings!

So, this turned out to be quite interesting.
Not sure what happened, so this is only a theory.

I think when I was taking my leaf pullings, I must have damaged the stem to some extent.
I noticed there were roots popping out from the middle, above the spots the little pings were growing.
I've seen this on other pings, usually on leggy ones that have grown out from under the mother plant.

So I pulled it all apart and I separated it where the roots were now growing.

I ended up with over 35 baby plants, and a number of viable leaves that might produce more! 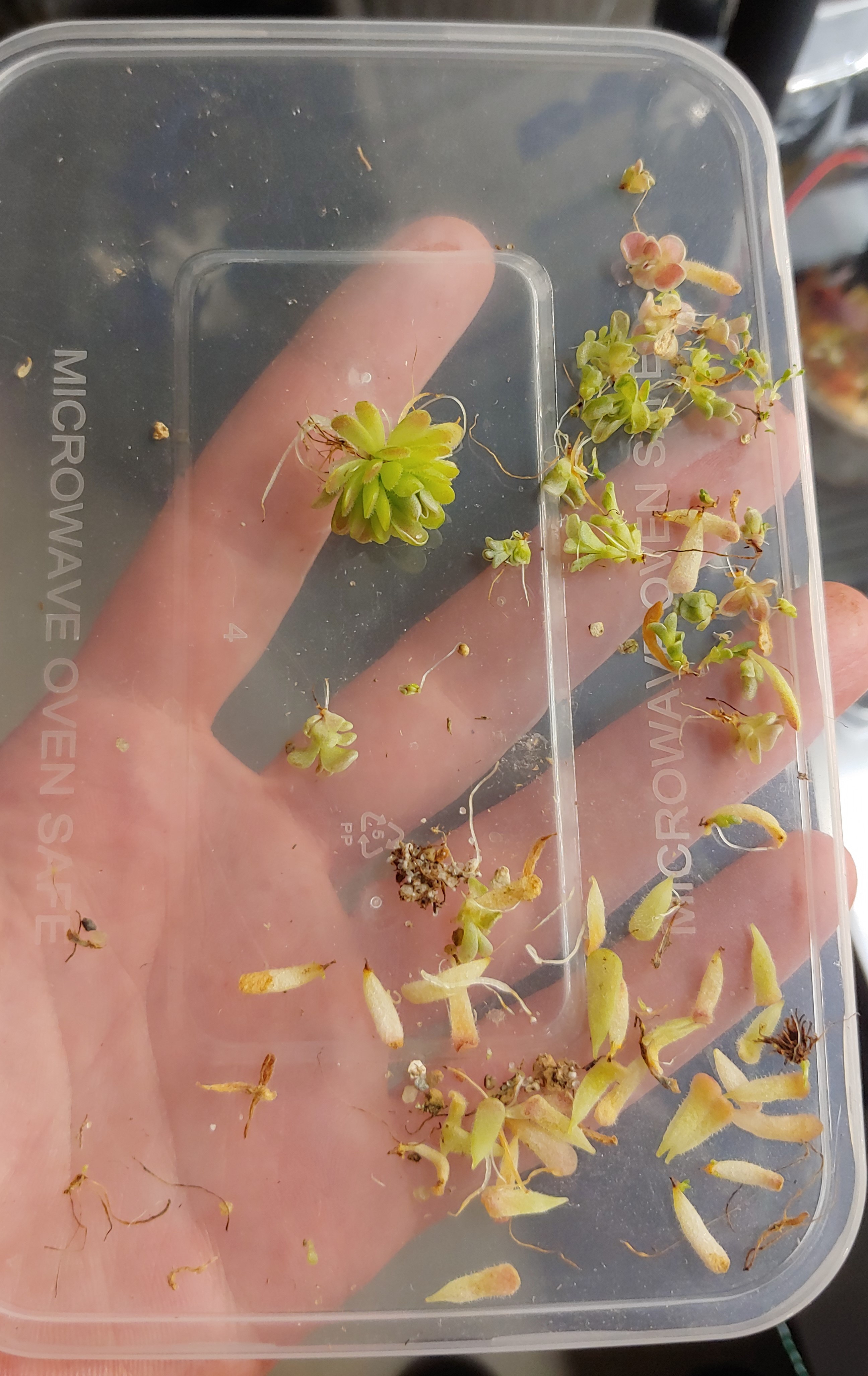 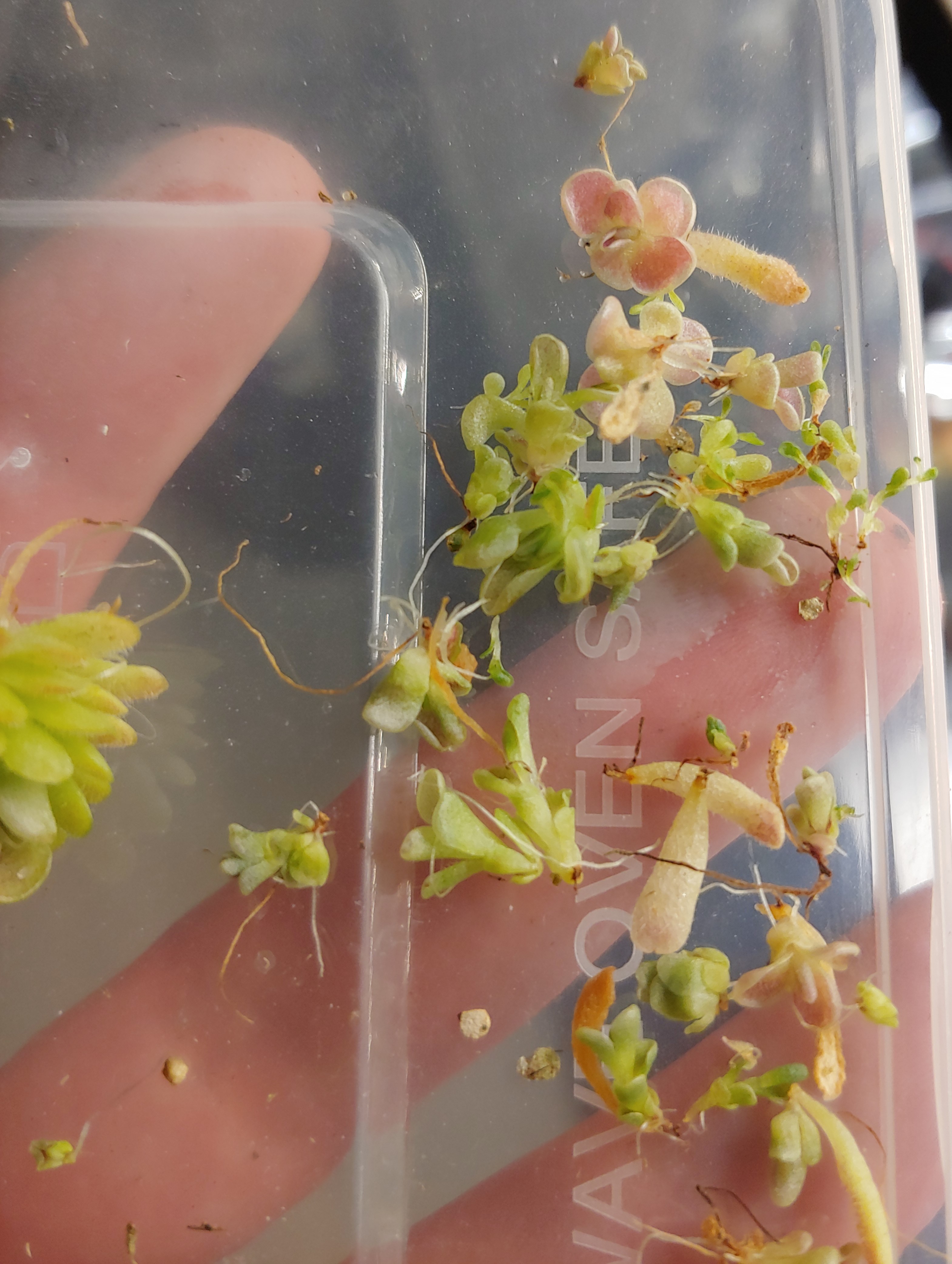 An update on all the baby pings that exploded off this plant. 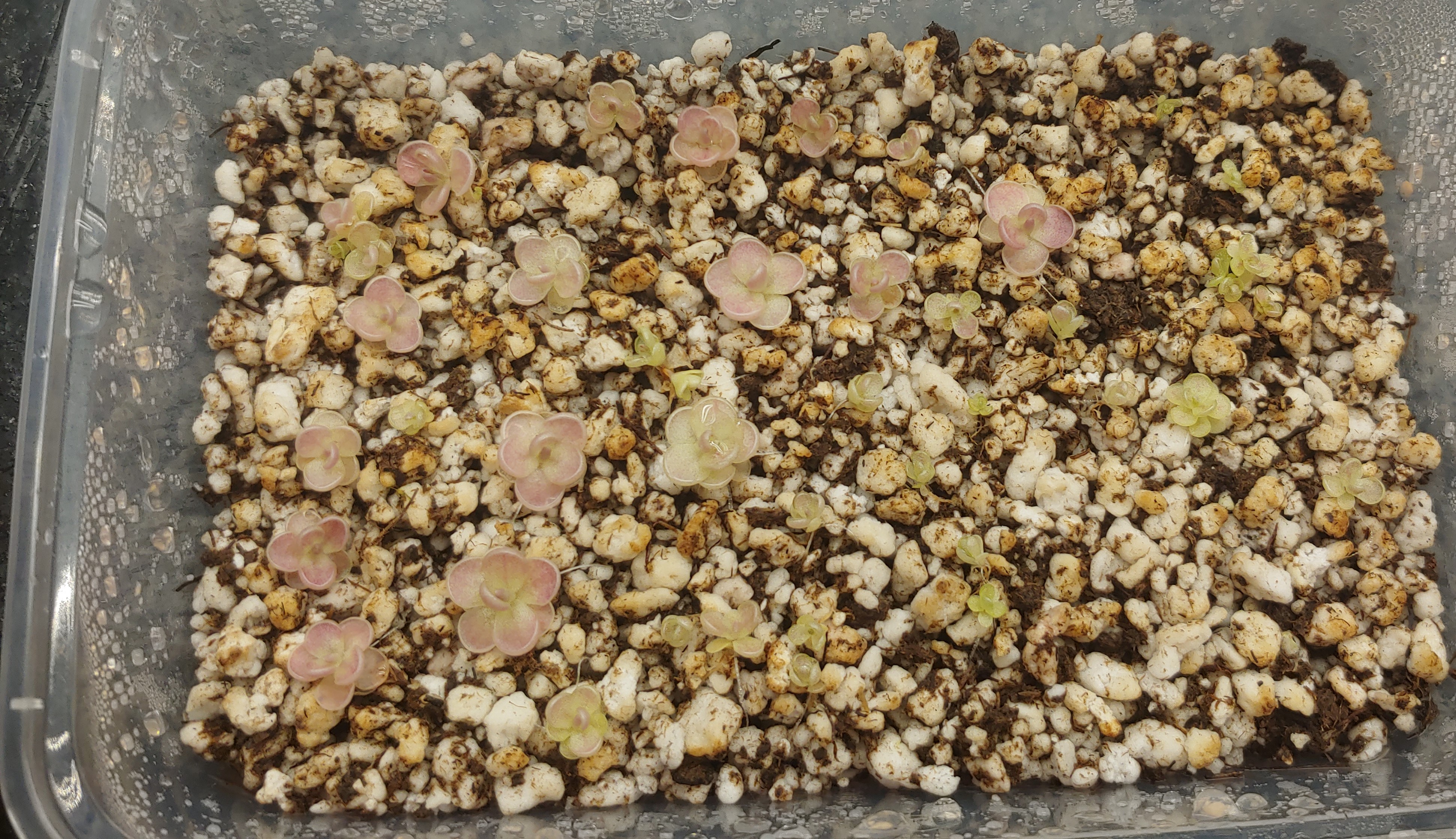 They all did really well. This is only 1/2 of them. These were the smallest ones. I have a handful of other pots that I put the larger ones in.